Teach in the 21st century, but what?

Teach in the 21st century, but what?

What content to teach? This is the question I am trying to answer in this post. From theory, experience, transversality, critical thinking and mindfulness. In the light of the explosion of AI (Artificial Intelligence) and after reading Laurent Alexandre’s “War of Intelligences”, we are at the beginning of a revolution of trades and their apprenticeships. At the heart of the battle: content, ever more numerous, diverse and evolving. There will no longer be silos, ditches between technicians, managers, researchers … but trades and transversal skills. How to train new professions such as digital architect, climate controller, welfare architect, avatar manager, memory surgeon? How to train to new skills? How to apprehend these evolutions, their business and societal impacts?

Educational programs: Where do we go from here?
The educational programs have never been static. They require improvements and permanent adaptations. It is the role of the program director to review and groom them regularly. A pedagogical requirement, little visible to the public and students but we have complex and long processes that make us experts in educational engineering. Except that … the training times we have are getting shorter and shorter for more and more dense and varied content.

Our mission is to prepare for a job, its operational dimension and the validation of a professional project remain essential. I would add the ability to evolve in its functions throughout life, towards management or other sectors. To prepare oneself for the unknown, for new situations that nobody has yet met. A challenge that is both exciting and dizzying.

In his book, Laurent Alexandre, insists on the role that technology plays in the major changes in the economy and work. Its impact is considerable in the functionality of trades and in sometimes surprising spheres. According to him, one of the most impacted functions, will be that of doctor. The expertise accumulated by the machine and Artificial Intelligence are limitless. Medical diagnosis will be revolutionized. The same goes for one of the founding directors of the company DEVOTEAM (3000 employees) who confirmed the impact of this change in one of my posts by this citation, “35 million assets will have to change jobs” .

Educational programs: coping with what difficulties?
What impacts should we prepare for? Which job will not be drastically impacted? Master Queux, perhaps and thankfully! We are still far from imagining what these emerging professions will be. It is clear that the intellectual added value will be paramount.

What you have to teach in a great management school.

Of course what already existed: management, management techniques, marketing, finance. Then we worked on the acquisition of soft skills, these skills of the 21st century, know to be more than knowledge or know-how. We then added the whole dimension of professional experience, from internships to missions to projects of all kinds carried by students in the school, in associations, with companies or communities.

But it was only a beginning!

In the last ten years other subjects have been added, such as the geopolitics we have introduced in our courses. And new challenges are emerging such as new growth (or decay) models, the sharing and platform economy, streaming, bitcoins, but also the environmental dimension, from eco-design to the circular economy. , to the new energies.

In this excitement, CSR (Corporate Social Responsibility) returns to the forefront both as a motivation and meaning driver in companies and as an object to integrate (or not) in the definition of what a enterprise and its role in society and for the planet – in testimony the open debate on the modification of the object of companies inscribed in the Civil Code for two centuries. With a major difficulty, the integration of these dimensions in business and management.

Another essential point is entrepreneurship. Here again, the start-up company has seized the economy and the youngest start there without complex. Another way to live your life as a student, to project or arm yourself with skills without necessarily going “to the end” of the creation that certainly the digital seems to facilitate, at least at the start.

We are now in the 3rd dimension, in integrated technology and applied to pedagogy, its tools by the dazzling development of artificial intelligence, virtual and augmented realities, without forgetting r robots that already automate training sessions or scenarios.The stakes go beyond pedagogy, hacking generates a cybercrime increasingly effective to which we must oppose its counterpart, cybersecurity which becomes a function occupied by the top management in large groups. Knowledge and mastery of algorithms have become a new skill for managers and managers. The coding goes far beyond its technical dimension. It is a key to understanding the world as explained by Gilles Babinet in a recent interview on my blog. How to live in the world of the sharing economy and platforms without knowing their nature and their mode of creation The site is large and delicate. How to live calmly its teaching and its course while – at the same time – several revolutions will have taken place, that the business models will be transformed and that the ethical dimension after an unequaled boom? How to teach (only?) Of the lived experience, coding, growth hacking, experiments that we will not have time to conceptualize, to grasp the global impacts. Who would have thought that AI would replace trading rooms and traders? What does Facebook change the perception of information, its very nature? This will lead to the setting up of workshops and reflections in the long term. We have us, institutions of higher education, a role to play. Our students must be able to understand, analyze and step back from information and technology. Hence the crucial role of general culture in the school of the future. To combat fake news, Amazon has introduced certified users, for example. This massive production and exchange of data leads to regulations and practices that we have underestimated: the RGPD (protection of personal data), the e-reputation … During a recent visit to a prep class, 100% of students had a Linkedin profile. We must not neglect preparation for creativity and innovation, mindfulness and well-being at work. if it takes some experience to fully understand these last two dimensions. Let’s not forget that a well-conducted CSR generates a 13% gain in the overall performance of the company. We can see the finality but its implementation is not easy. Last point: prepare for research with a goal of critical and complex thinking. We will be overwhelmed by this complexity if we are not trained and prepared for that. That’s what lies ahead! With ever more content, the course becomes a global educational and academic experience: fundamental contents + specialization + acquisition of 21st century skills and now new ones that we can not yet teach as we would like. The role of the school of the future is exciting. It must propose the whole process, assume its versatility. The value of the brand will depend on it.Everything goes very fast and urgently arise transversal and ethical questions.What role will play the school, the business, the job that itself will transform or disappear? We do not have all the keys yet! Gradually, we install new approaches and keys of understanding. The recent initiatives of the Minister of Education, Jean-Michel Blanquer, go in the right direction. 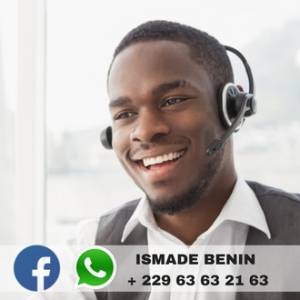